Interactive piste map. State of the opening of the ski area in real time.

You will know at the time what facilities and what tracks are open or closed.

Zermatt snow report provided by MySwitzerland. There is not more reliable!

The cost of ski passes to day and half-day at a glance.

Learn to ski with the Swiss Ski School Zermatt

Your accommodation at the nearest tracks for your holiday or your stay.

Get an idea of the station and the various activities proposed in the winter.

You are weary to locate the station? Then click!

Check out the official website of the tourist office.

To answer your questions specific to the station. 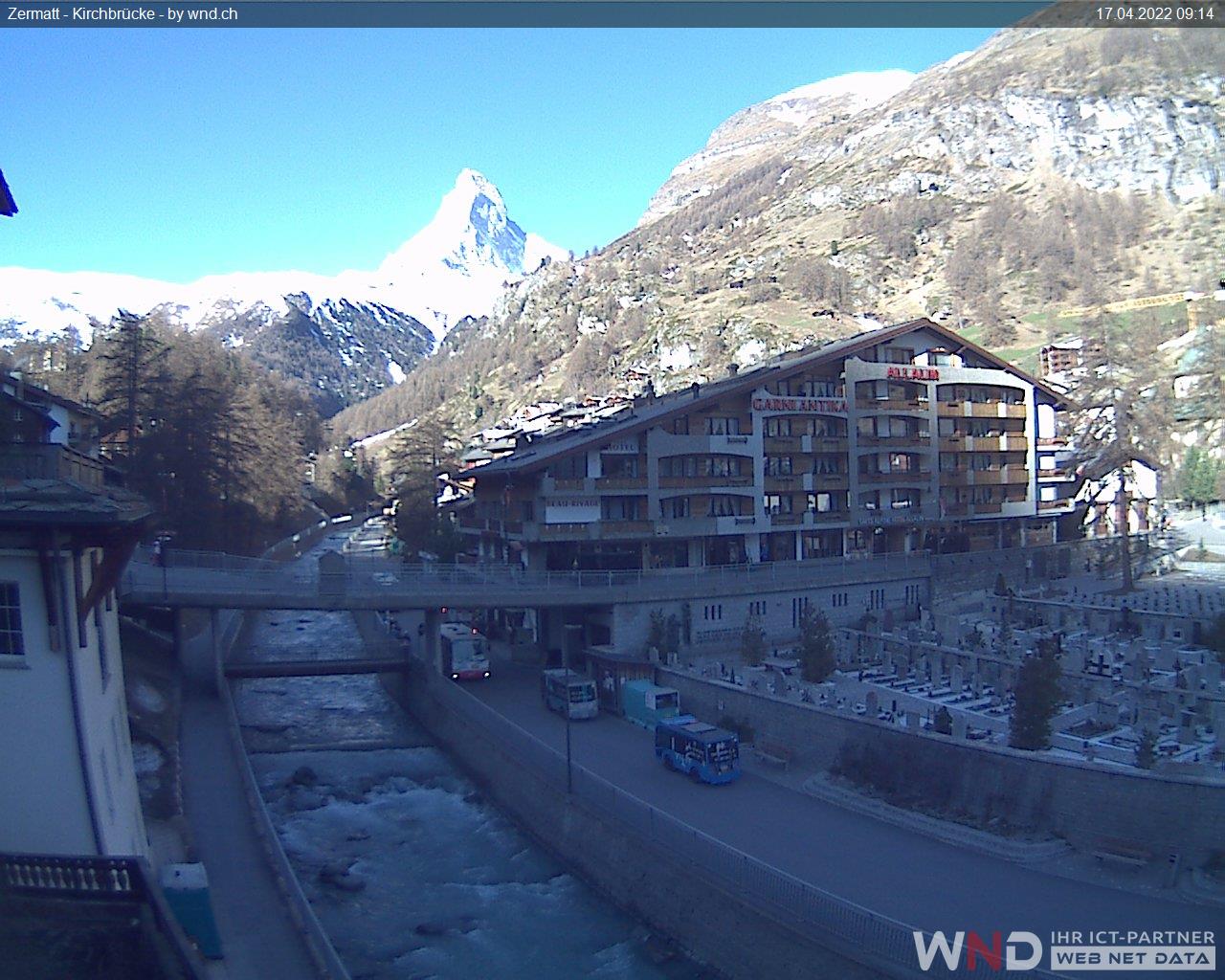 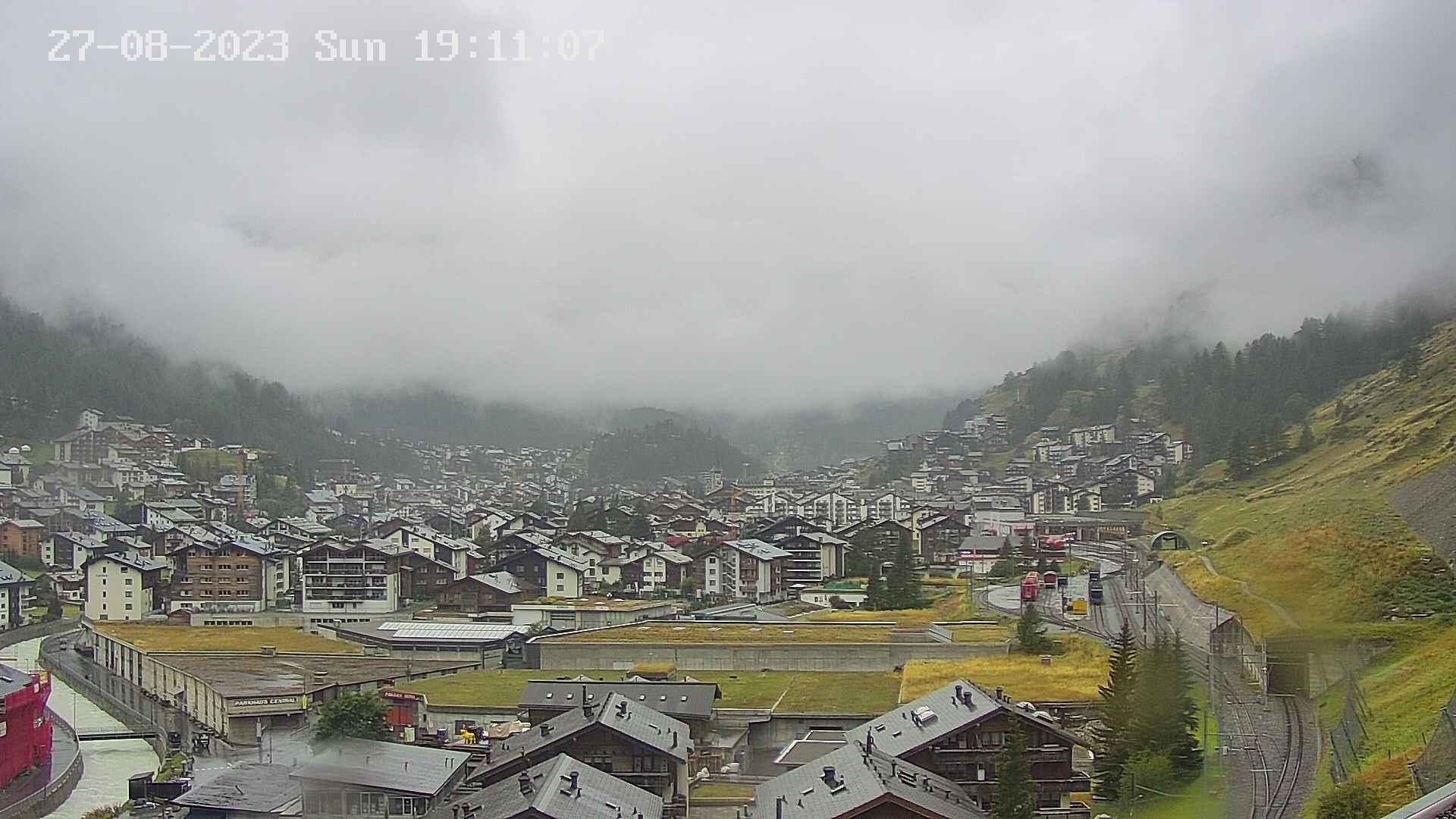 Ready for skiing in Zermatt? With the webcams placed on the ski area as well as in the resort, you will be able to get an idea of the skiing conditions you will face or enjoy.

We advise you to watch the Zermatt webcams and the snow report to ensure a good day's skiing.

Do you know another webcam for this station? Announce it here

Located in the canton of Valais, Zermatt is a village without car (access by train only), which is home to one of ski resorts the most popular of Switzerland and each year attracts thousands of tourists. It is nestled in a valley at the foot of mount Matterhorn, which continually offers a stunning view on the Alps and is an attractive size for the climbers to seasoned veterans. Also in 2015 will be held the celebrations of the 150th anniversary of the first conquest of this mountain peak. This climb was an achievement for the conquest of the Alps, of which the last thousand meters had not yet been escalated. The station will be festivities throughout the year and many special events are to be expected.

The ski area is one of the largest in the Alps. Due to a snow constant, the resort is open all year. However, enthusiasts of winter sports, both amateur and professionals, will find there are a greater number of tracks covered with snow in winter, and this, for all the levels : they can take advantage of 54 facilities spread over about 360 km pistes at an altitude of between 1620 m to the bottom of the slopes and 3883 m to the summit. One of the peculiarities of the tracks of the station is to be able to roam freely on the slopes skiing and snowboarding between Switzerland and Italy, since Zermatt is a village on the border of Italy. For this same reason, the resort of Zermatt is linked to those of Cervinia and Valtournenche, both located in Italy. The whole area extends, therefore, on the two slopes of the alpine, one in Italy and another in Switzerland.

Given the number of activities available in Zermatt, there really is something for all tastes. Early risers can enjoy the " First Track ", that is to say, be the first to borrow some of the tracks on a snow-still virgin of any trace. Another choice is to opt for the " Matterhorn ski safari ", a safari that allows you in a single day to have an overview of the field. The safari is planned on several thousand meters of elevation gain, so that you do not borrow the same tracks or the same cable car one time during the day.

You should also know that the resort offers a range of packages for those who intend to go there often in the winter : ski pass for the day or half-day package week week-end or seasonal ; plan for child, student, adult or senior. There is something for everyone.

Other winter sports are available, such as skating, snowshoeing, ice hockey, tobogganing, winter hiking, not to mention heli-skiing, the héliboarding, the freeride and the curling.

For the less athletic, a visit to the igloo village or at the ice palace will be the most rewarding. The latter is accessible by lifts from the station for the Matterhorn. In case of bad weather, the museum of the Matterhorn represents an alternative non-negligible, which will make you virtually travel in time.